John Brown honoree: ‘We have much work to do’

John Brown honoree: ‘We have much work to do’ 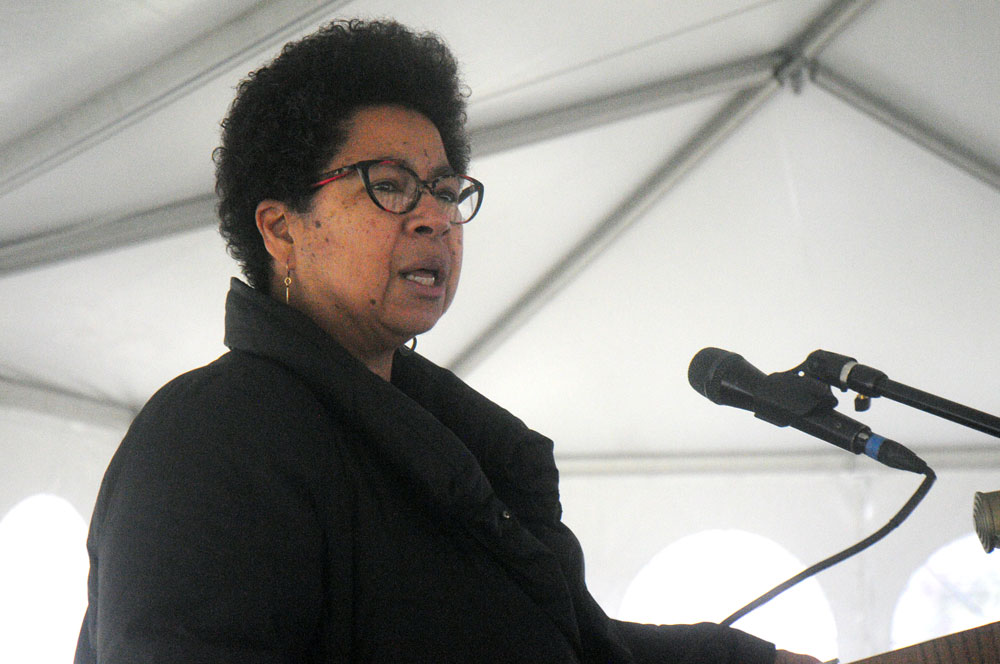 Barbara Ransby, a professor at the University of Illinois at Chicago and one of this year’s recipients of the Spirit of John Brown Freedom Award, addresses the audience at a celebration of John Brown Day in Lake Placid Saturday. (Enterprise photo — Elizabeth Izzo)

LAKE PLACID — When Barbara Ransby took the stage at John Brown Farm Saturday to accept one of this year’s Spirit of John Brown Freedom awards, she came armed with a call to action.

Ransby, a professor at the University of Illinois at Chicago and an author, was one of three recipients of this year’s Spirit of John Brown Freedom awards. Janet McFetridge, mayor of the village of Champlain, and Lewis Papenfuse, former executive director of the Worker Justice Center of New York, were also honored.

The Spirit of John Brown Freedom Award was created in 2015 to highlight the work of those whose dedication to civil rights “invoke the passion and conviction” of John Brown, a 19th-century abolitionist. Past recipients include actor Danny Glover, criminal justice advocate Soffiyah Elijah and poet Martin Espada.

Ransby looked out into the diverse crowd of people gathered at Brown’s final resting place last weekend and called for persistence in the fight against racism. 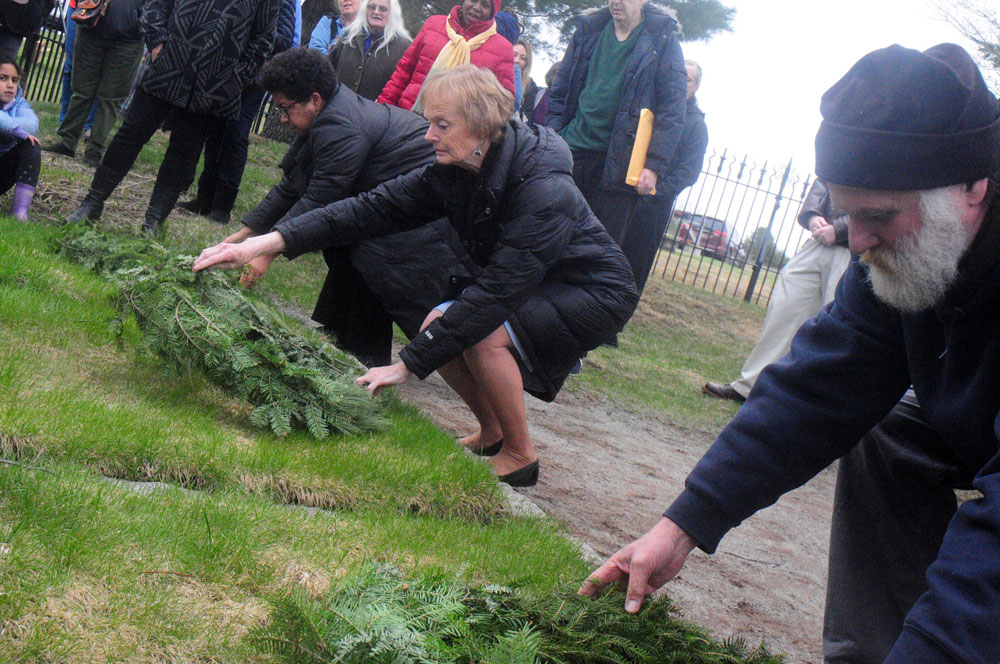 “(Brown) did not fight alone,” she said. “We have to remember and resist any temptation to deify John Brown in the same way that we have to resist efforts to deify Martin Luther King or Malcolm X.

“It doesn’t diminish that person to contextualize them. It makes them larger.”

This year’s event marked not only the 20th anniversary of local civil rights group John Brown Lives, which puts on the annual award ceremony, but nearly 160 years since Brown’s death.

Brown was tried and executed in December 1859 for treason after he led a group of 22 people into the armory at Harper’s Ferry, Virginia (now West Virginia), in an attempt to arm slaves and kick off a slave liberation movement. Brown was captured by a company of U.S. Marines. After his hanging, his body was transported to his farm in Lake Placid after briefly lying in state at the Essex County Courthouse in Elizabethtown. 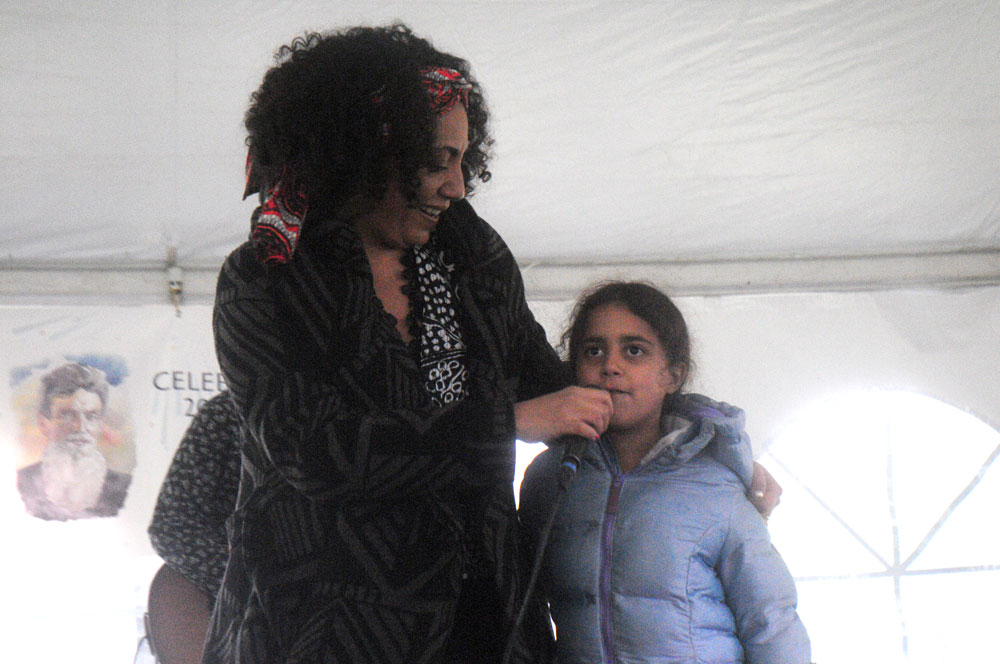 “The biggest lesson we can take away from John Brown is this: John Brown took on the moral challenge of his day against the crucible of his time,” Ransby said. “But chattel slavery for the most part is dead, as white supremacy has lived on. We know that white supremacy did not end at Harper’s Ferry in 1859.

“We live in a very serious moment, but a moment ripe with potential for change. 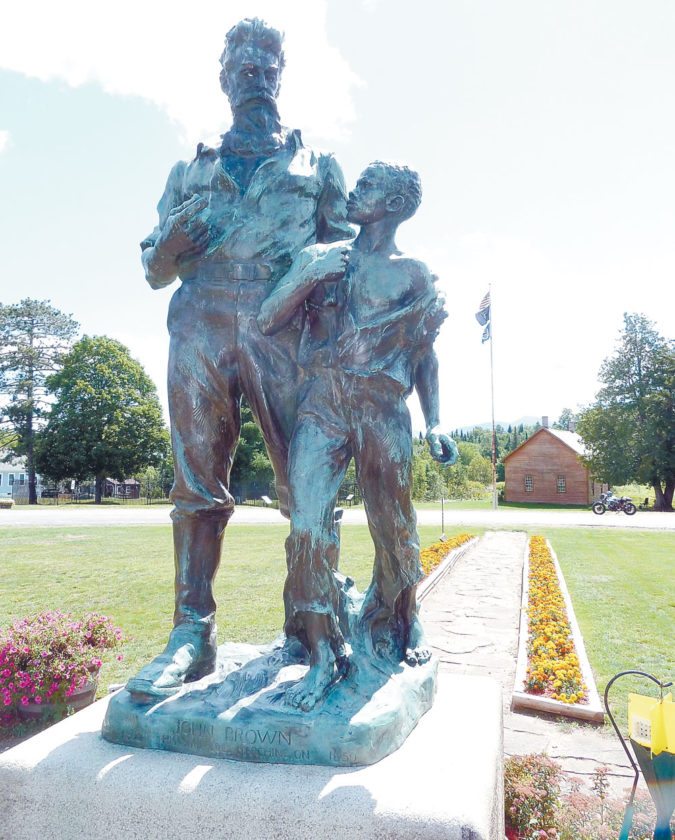 A statue of John Brown and an African-American boy is seen in August 2017 at the site of his farm near Lake Placid. (Enterprise photo — Peter Crowley)