JBL! Statement on Events at the US Capitol

John Brown Lives! is deeply troubled by the events that unfolded at the United States Capitol on January 6th, and strongly condemns the display of White supremacy and racist violence we witnessed in Washington, DC in an attempt to undermine our democratic system.

The stark severity of the moment calls on us to make a public statement. Because today we have a choice, how we choose to speak about this moment can and must shape what happens next. The attack on the Capitol, although shocking, has been in the making for decades. Those that participated in the violence at the Capitol gave a clear example, not only of White supremacy but White privilege as well, demonstrating for all to see the different standards applied to different people in our country. We compare the violent treatment faced by Black Lives Matter demonstrations at the Capitol in the summer, with the lack of the initial police effort to protect those inside the building on Wednesday. The appalling display of aggression and entitlement by a White, mostly male, crowd manifests their expectation of safety and impunity even when they use intimidation, and act violently.

We also condemn those so-called leaders, from President Trump to our elected representative Elise Stefanik who spread lies and untruths about the recent election that incited their supporters to rampage the Capitol. These insurgents, fueled by extremist rhetoric and conspiracy theories, pretended to speak for us – but they do not! We reject outright their claims of election fraud and their attempts to overturn the results of a free and fair election.

We call for the immediate resignation of Rep. Stefanik and for Donald Trump to be stripped of the power of the presidency before he does more harm.

In the aftermath of this event, many people stand in shock or exclaim “this is not who we are.” As an organization dedicated to racial justice and human rights, we must remind our fellow citizens of this nation’s history of colonization, slavery, and Jim Crow. We must have an honest reckoning with the truth of our history, with what the late James O. Horton described as “slavery’s diversity, longevity, complexity and centrality” to the American Story. We must acknowledge how our structures and systems have been built to favor, protect, and raise up White men – and women — while Black and Brown bodies still suffer and die in the struggle for dignity and equality.

We will continue the vital public discourse around human rights, freedom and climate justice that JBL! is known for here in the North Country. Each of us must stay committed to the work and not shy away from calling out White supremacy in all its forms whether it is at the State Capital, in our Adirondack communities, or even our own homes. The moral arc of our times must continue to bend toward justice, freedom and equality for all.

Abolitionist, Prophetic Voice, Man of Action
In the eternal struggle for human rights, few have stood taller in the fight than John Brown.  We carry his spirit forward.

For Freedom, Human Rights and Climate Justice
These are the critical issues of our time.  In the spirit of John Brown, we work to bend the moral arc of history towards justice and equity.

In todays ever increasingly diverse world, it is imperative that we engage in meaningful dialogue around the legacies of slavery, human rights, racism, incarceration, and climate justice in order to address the critical and complex issues of our times.  We serve as the official Friends Group for the John Brown Farm State Historic Site carrying forth the spirit of abolitionist John Brown in today’s world.  Through education, history, and the arts we believe we can bend the moral arc of history towards justice and equity.  By having difficult and honest conversations about complex issues we connect the lessons of the past to the present to create a more just society.

“We are all implicated when we allow other people to be mistreated. An absence of compassion can corrupt the decency of a community, a state, a nation … we all need mercy, we all need justice, and—perhaps—we all need some measure of unmerited grace.”

“I wanted to thank you [JBL!] for another awesome experience. Listening to Janet McFetridge, Lewis Papenfuse and Dr. Barbara Ransby opened my mind and heart so much more. I hope I never stop learning or caring.”

“Martha, it was wonderful to meet you, and feel much enlivened by finding people so engaged in history, and weighing in on all its dichotomies and contradictions. Who knew in a place that still feels remote in this modern age that the spark of interest in history would be glowing brightly. “ 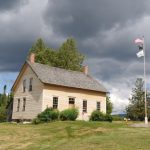 Abolitionist John Brown’s Ties to the Adirondacks, Why it Matters Today (NYUpstate.com) 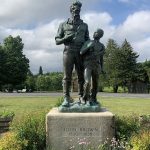 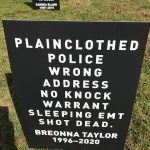