“I just wanted to congratulate and thank you for the breathtaking Timbuctoo installation at John Brown’s Farm. The content is riveting and the design/execution truly beautiful. It was such an incredible effort and moment in American history, fought for by progressive — and sometimes extremist — figures. The organization and vision are truly inspirational in these turbulent times. May we find such bold thinking and leaders. “ ~Justin S.

“I look forward to teaching about this history in my English class in the fall.  Timbuctoo and other aspects play such an important part of who we are.”  ~Jason E. 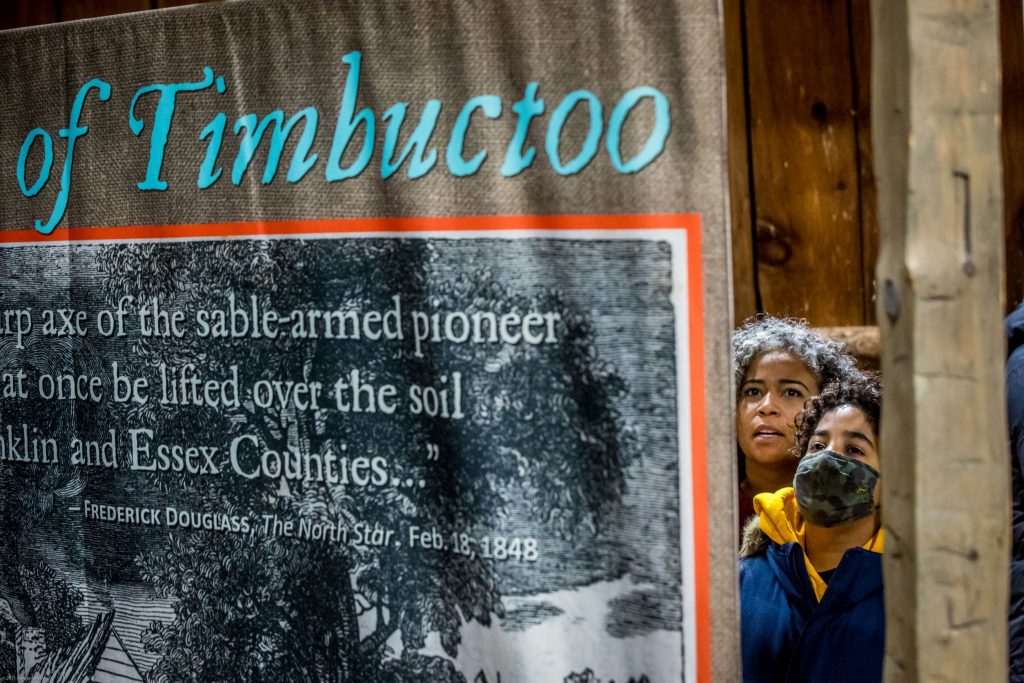 It was an onerous, discriminatory burden. And one that Gerrit Smith, a wealthy abolitionist who was once one of the state’s largest landowners, sought to overcome with an audacious and visionary plan: He would give away 120,000 acres of land to 3,000 free black families, encouraging them to build lives as farmers in Essex and Franklin counties in the Adirondacks.

“Dreaming of Timbuctoo,” an exhibit on permanent display in the Upper Barn at the John Brown Farm State Historic Site in Lake Placid, chronicles the evolution of this unlikely dream. Smith enlisted Frederick Douglass to help attract families to the plots, and John Brown moved his family to the region in 1849 to support the effort.

While Smith ultimately gave away all of the 40-acre plots, mostly to downstate families, most of the land was never farmed—though dozens of families did make the long journey to this remote place, far from the cities they knew, and struggled to make a living on this rugged land. The stories of those who came, and those who didn’t, are told through a series of panels featuring enlargements of historic photographs and documents that shine a light on this relatively un-examined episode in Adirondack history.

And while these settlements have been largely forgotten, Smith’s ambitious undertaking and its underlying themes of voting rights, land reform and income distribution are very much applicable today.

This exhibit was curated by historian Amy Godine and supported by donations raised through Adirondack Gives, an Adirondack Foundation-led initiative that supports local projects.

Amy has lectured widely in the region on migratory laborers, immigrants, ethnic neighborhoods and enclaves, peddlers, paupers, strikers, and other Adirondack “non-elites.” 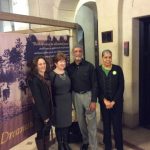 Learn more about the traveling version of Timbuctoo where it is  on exhibit and how you can bring it to your site. 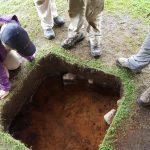