Drawing from a larger collective of more than 60 women and non-binary singers, the Resistance Revival Chorus fuses music and activism inspiring change and uplifting women’s voices in the music industry and the world. Chorus members are touring musicians, film and television actors, Broadway performers, solo recording artists, gospel singers, political activists, educators and more, representing a multitude of identities, professions, creative backgrounds and activist causes. From major concert halls and music festivals to pop-up performances for unsuspecting subway riders, the chorus performs euphoric music that mines the rich history of the protest song and embraces joy as an act of resistance. The RRC has performed with Kesha at the 2018 Grammys, on The Tonight Show with Jimmy Fallon, with Jim James, at Carnegie Hall with Phillip Glass, Carly Simon, and Patti Smith, at Summer Stage with Angelique Kidjo, at Babefest with Ani DiFranco, with Natalie Merchant, with Bon Iver and Aaron Dessner from The National, Robin Pecknold from Fleet Foxes, and most recently with Margo Price and Chaka Khan at Newport Folk Festival. The RRC appeared at Outside Lands, 2021, and were the subject of Tribeca short documentary, RESIST

This performance of Resistance Revival Chorus is sponsored, in part, by Mid Atlantic Arts with support from the National Endowment for the Arts as well as performance partners John Brown Lives!, Zonta Club of the Adirondacks, and the Adirondack Diversity Initiative. 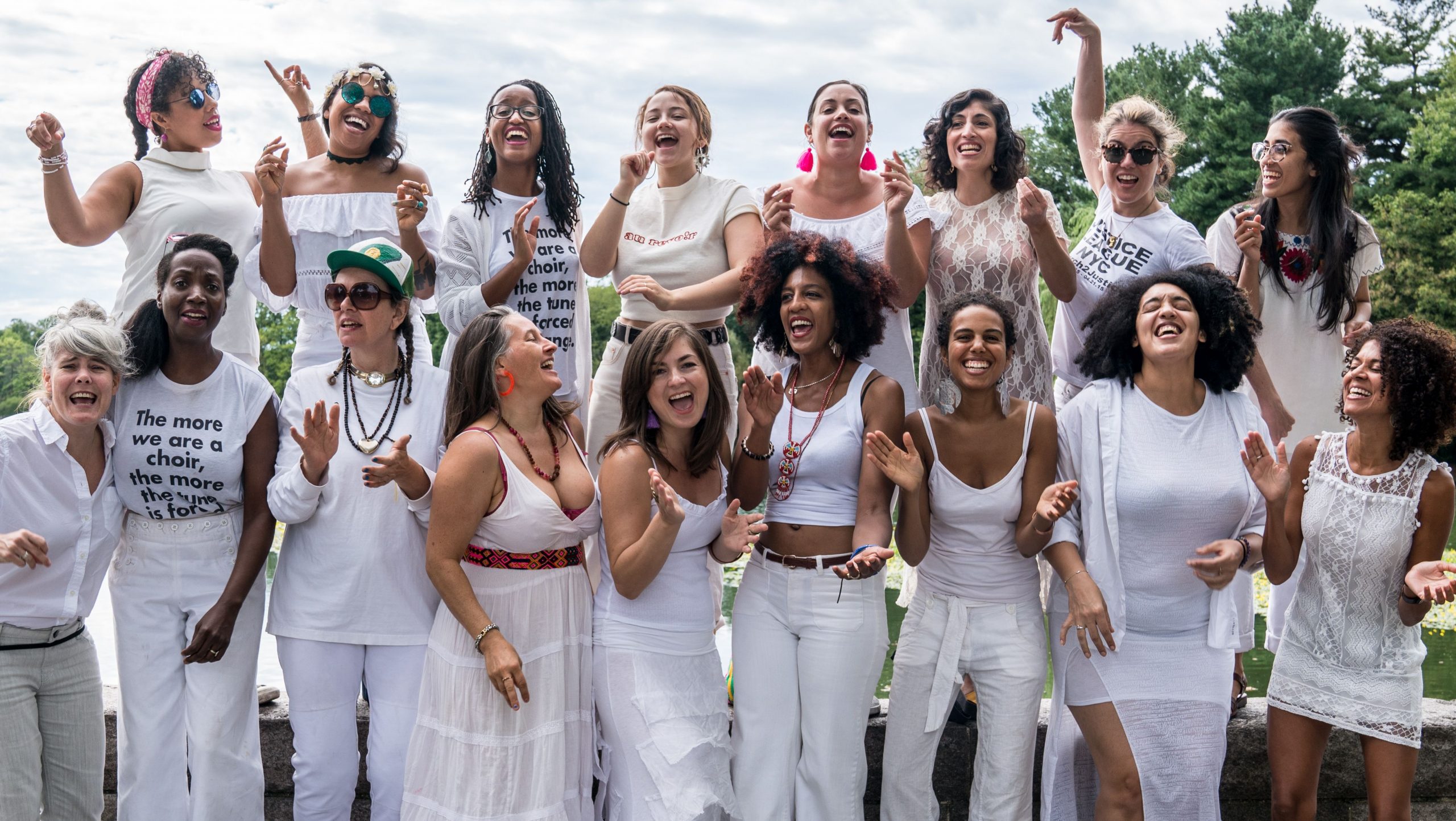