“The first Blues at Timbuctoo concert was held in 2016 against the backdrop of the “Timbutoo” story of Black families homesteading in the Adirondacks in the 1840s. Being there for the first time, Bluesman Jerry Dugger wrote later about being struck “…by the spiritual sensation of being on the [John Brown] Farm” and he described it as “the perfect environment to hear the message of unity we’re promoting…[that’s] needed more now than ever…The Music was great in its diversity, Jazz, Spirituals and Blues, and brings messages of hope that together we can continue to bring people together…”

2022 Blues at Timbuctoo- Coming to You Live on September 18th! 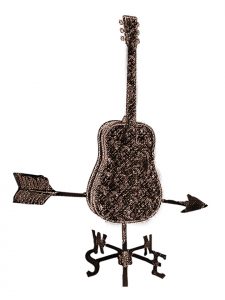 Blues at Timbuctoo, is scheduled for September 18, from noon to 5 p.m., at the John Brown Farm State Historic Site in Lake Placid, NY.

The event is to be held outdoors at the 270-acre John Brown Farm State Historic Site in Lake Placid with renowned vocalists, instrumentalists, performers, and storytellers in concert and conversation with the audience. *Rain or Shine! Free & Outdoors! Pack a picnic basket and sun umbrella. *Indoor venue in case of rain!

This year’s line up:

View the 2020 Virtual Blues at Timbuctoo on YouTube below.

Blues at Timbuctoo is made possible, in part, by the Essex County Arts Council’s Cultural Assistance Program Grant with funding provided by Essex County, and with funds from the Statewide Community Regrants program, a regrant program of the New York State Council on the Arts with the support of the Office of the Governor and the New York State Legislature and administered by the Adirondack Lakes Center for the Arts.